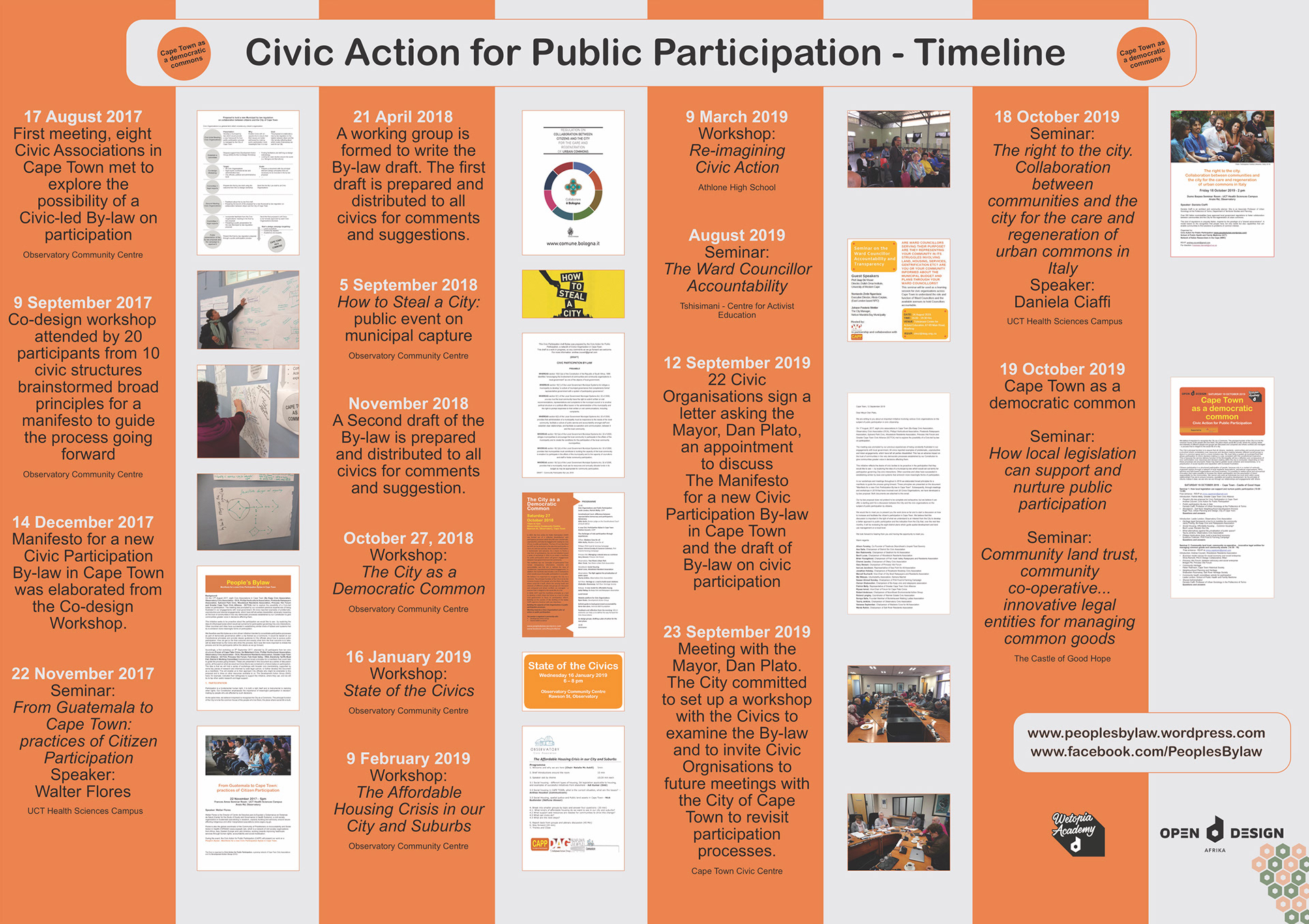 21 April 2018
A working group is formed to write the By-law draft. The first draft is prepared and distributed to all civics for comments and suggestions.

November 2018
A Second draft of the By-law is prepared and distributed to all civics for comments and suggestion.

12 September 2019
22 Civic Organisations sign a letter asking the Mayor, Dan Plato,  an appointment to discuss The Manifesto for a new Civic Participation By-law in Cape Town  and the draft of By-law on civic participation

23 September 2019
Meeting with the Mayor, Dan Plato. The City committed to set up a workshop with the Civics to examine the By-law and to invite Civic Orgnisations to future meetings with the City of Cape Town to revisit participation processes.   Cape Town Civic Centre

18 October 2019
Seminar: The right to the city. Collaboration between communities and the city for the care and regeneration of urban commons in Italy
Speaker: Daniela Ciaffi
UCT Health Sciences Campus